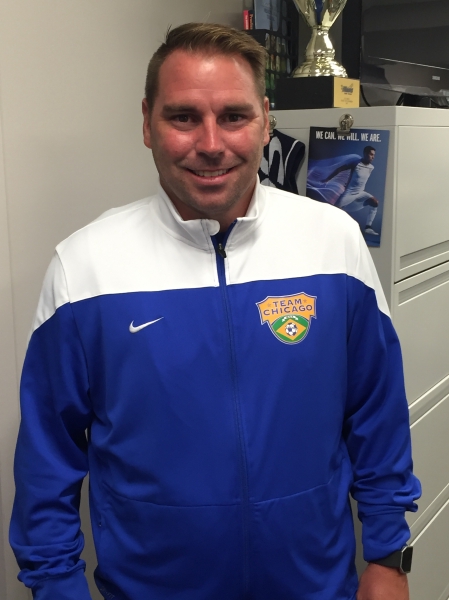 Team Chicago is excited to announce that Chris “Brownie” Brown will expand his role with the organization and take on the head coaching job for the Team Chicago Academy-2000 Elite girls team for the 2017-18 season. Brownie will work closely with 1999 Elite head coach, and Girls’ Director of Coaching, Dave Lovercheck as the 18U & 19U Elite teams will continue to train together to maximize quality of the training environment. Brownie will continue his duties as a special technical advisor to our Technical Director Phil Nielsen and working with the older Academy teams.

We always strive to announce our coaching assignments for the upcoming season prior to each team’s tryouts. This Saturday and Sunday we will be hosting the tryouts for the 16U (2002) through 19U (1999) Girls. The current teams we have in these groups are listed below with the head coaching assignment for 2017-18:

If more teams materialize based on the tryouts we will assign head coaches for these teams afterwards.

To register for tryouts please go to http://www.waasports.org/Default.aspx?tabid=315222