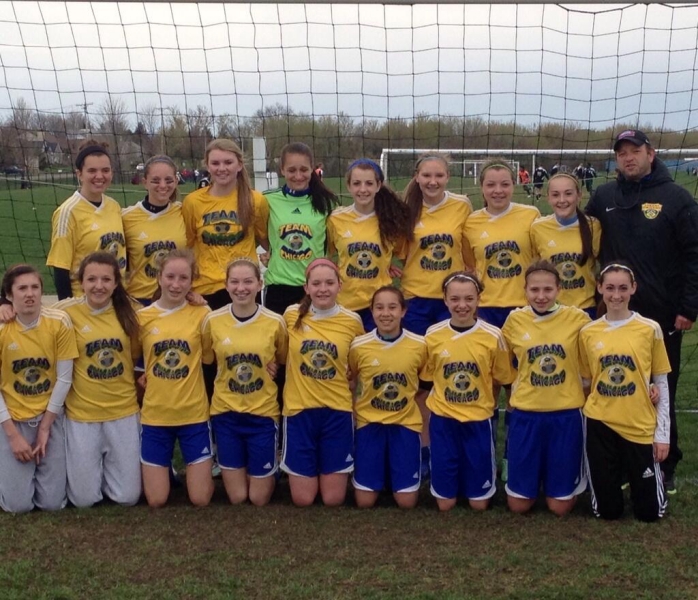 Cruzeiro battled very adverse conditions in Rockford, IL with both strong winds and extremely poor field conditions, as they moved to a perfect 5-0-0 with a 2-1 defeat of Futura FC Pink Panthers (MO) on Saturday and a 2-0 defeat of Hoosiers FC (IN) Sunday morning.

On Saturday, Cruzeiro trailed 1-0 at the half after completely dominating play in the first half. However, the deficit was quickly wiped out early in the 2nd half by a wonderful strike by Jamie Goralski assisted by Kerry Abello and Jordan King. And a few minutes later Jamie Goralski got the game-winner assisted by Alyssa Bombacino and Kerry Abello.

In Sunday’s game, Madison Zaleski got the eventual game-winner 12 minutes into the first half assisted by Jamie Goralski and Emma Rydholm. And with 10 minutes to go Alyssa Bombacino sealed the win with a fantastic solo-run beating 3 defenders and calmly walking around the GK before tucking the ball into an empty net.

GK Bailee Witt recorded her 3rd shutout in MRL Premier I Division play and has only conceded 2 goals in 5 MRL games this Spring. And even more impressively, Bailee and her defense have only conceded 6 goals in the last 21 competitive games.