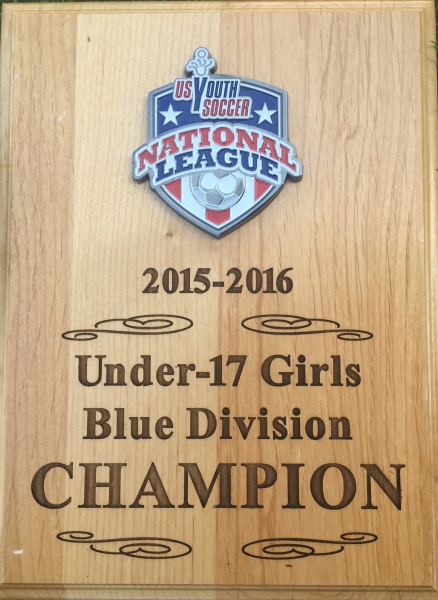 Team Chicago Academy-Brasilia clinched the USYS National League U17 Girls Blue Division with an undefeated 4-0-3 record. This became a reality after this past weekend’s National League event in Las Vegas, NV.

Head Coach Dave Lovercheck led the team to a 2-0-2 record at the first event in Wilson, NC and then a 2-0-1 record at Disney in Orlando, FL back in December, The girls then had to wait for the final results at the Las Vegas event to learn if that was enough to secure the National League title and/or a spot in the USYS National Championships.

Brasilia will be looking to copy this feat as it heads to the USYS National Championships in Frisco, TX July 25-31, 2016.

A huge congrats to Dave Lovercheck and the Brasilia players.