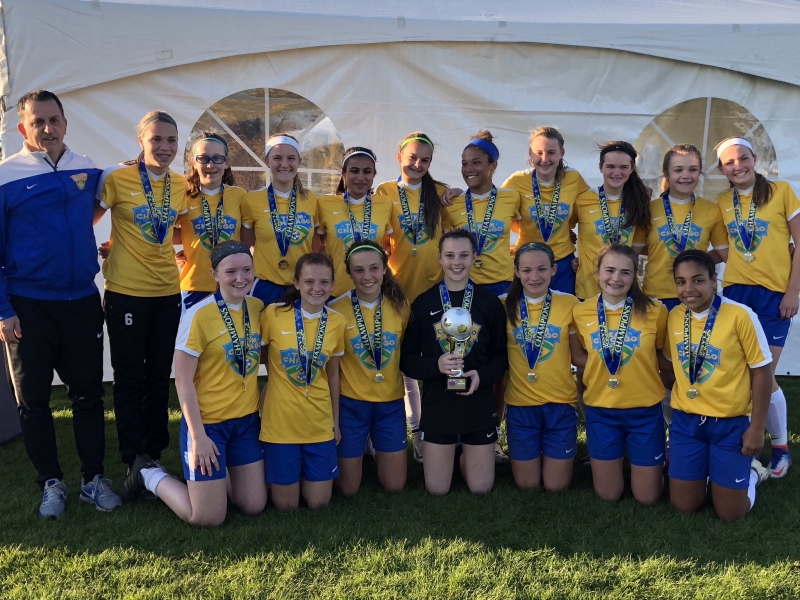 Team Chicago 2003 Elite with support from the 2004 Elite team win the Eclipse Spring Classic. 2003 Elite finished with a 4-0 record outscoring their opponents 14-1 and dominating possession throughout the tournament. In the final 2003 Elite faced Eclipse out of Minnesota. Most of the play in the first half was played in the middle third of the field with neither team creating many chances. Brooke Nelson opened the scoring with a great run with the ball and she fought off the pressure to finish a great chance to go up 1-0. 2003 Elite continued to outwork their opponent and it paid off when Collette Casey turned on the top of the box and hit a nice shot to close out the game 2-0.