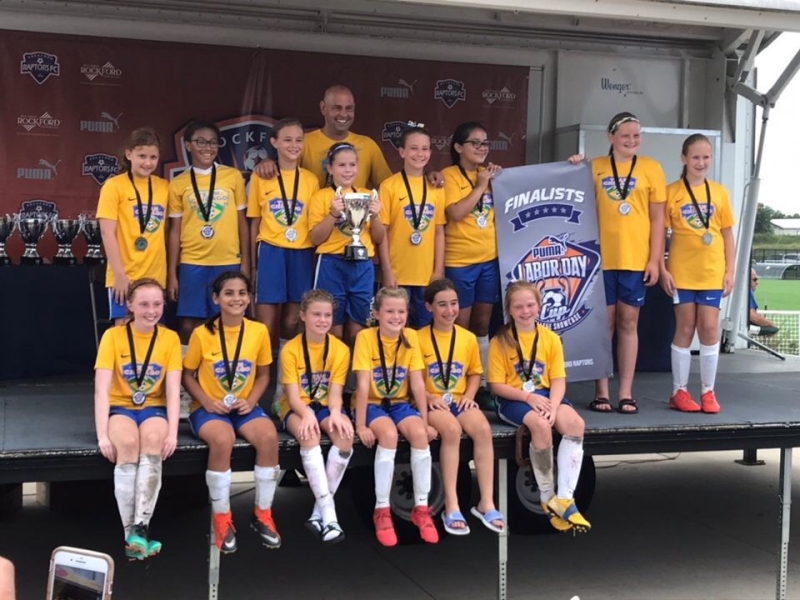 TC 2007 Premier were finalists in this past weekends Rockford Labor Day Puma Cup. During group play on Saturday the 07 Premier beat FC Wisconsin 3-0 in the opener, followed by a 3-0 win over Kixx United. On Sunday they beat Naperville Eagles 1-0 to finish first in the group and move to the Championship match.
In the Championship match the 07 Premier played the Rockford Raptors. The Raptors struck first but not to be out done shortly after by a great free kick goal. Unfortunately, the Raptors struck again and even with multiple chances we were not able to find the equalizer. Overall it was a great weekend scoring 9 goals and only allowing 2. Coach Rizzo said “I couldn’t be more proud of these girls and how well they played. We are looking forward to starting the IWSL season”.