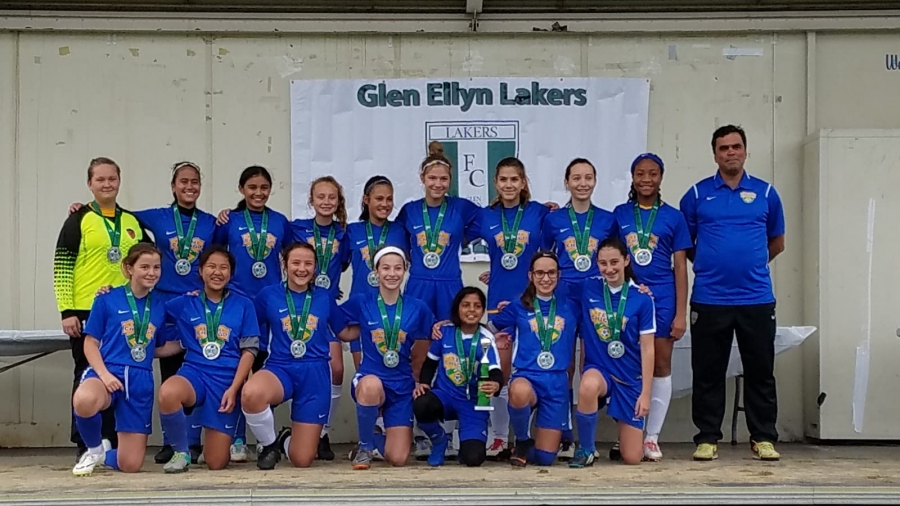 Unlike the previous match-up, Team Chicago was able to break their strong defensive line and their goalkeeper winning the game 2-0.

In the final match, against Elmhurst FC, Team Chicago allowed the first and only goal in the tournament finishing the first half down 1-0. In the second half Team Chicago came back more aggressive and tied the game in the 10th minute. After that, it became another battle offense vs defense for the rest of the game ending 1-1. With the tie, they went to PK’s with Team Chicago Goalkeeper Anna Prilutskiy stopping two PK’s, Zara Saleem and Abigail Triska made their PK’s giving TC Academy 2005 Select the first place.

Coach Magno was very proud of the girls and said the team showed well by providing entertain soccer that provided great goals, moves, passing and movement off the ball, as well as tough defending and goalkeeping.

Job well done by the girls!