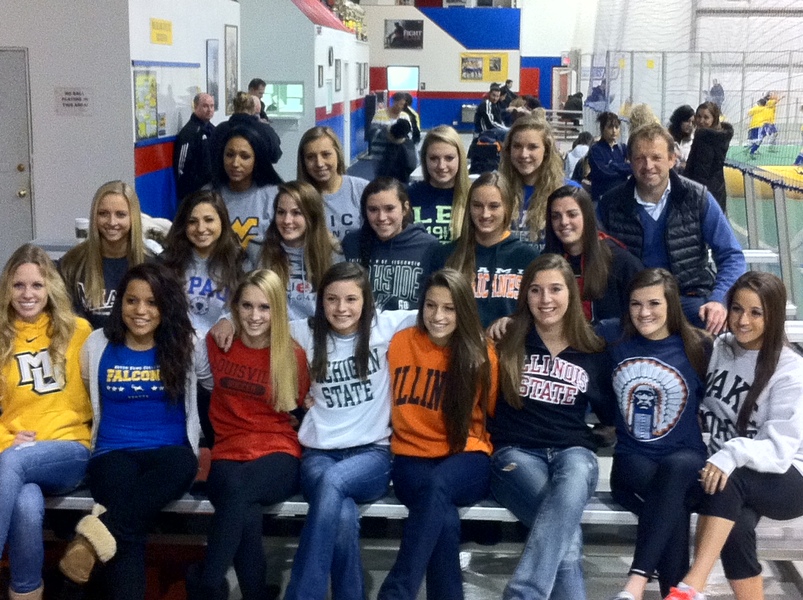 The relationship between club sports and high school athletic programs does not have to be adversarial.

On Wednesday 20 members of the Team Chicago Academy-Botafogo girls soccer club team, all of whom are seniors playing for their respective high schools, signed National Letters of Intent to programs as successful as UCLA, Wake Forest and Notre Dame.
Advertisement

“One of the neat things in it, too, is all these kids play high school soccer,” Elite Academy director, coach and Naperville resident Phil Nielsen said.

“I don’t believe that there’s a club team out there in the country this year that has a more impressive list of schools that their players are committing to,” Nielsen said.

In January in Orlando, Under-18 Botafogo became just the third girls team in history to go unbeaten, 7-0-0, in the U.S. Youth Soccer National League. Over the current season the girls are 23-0-1. In 2011-12 at U17, Botafogo finished third at the USYS Nationals.

He said he’d rather work with high school coaches and programs than fight them. Nielsen appreciates the social and leadership development high school programs provide, the different setting, the greater press coverage and fan support.

“We were third in nationals last year,” Nielsen said, “and none of those (games) came close to the fans who go see Waubonsie Valley-Neuqua Valley or Wheaton Warrenville South-Wheaton North.”