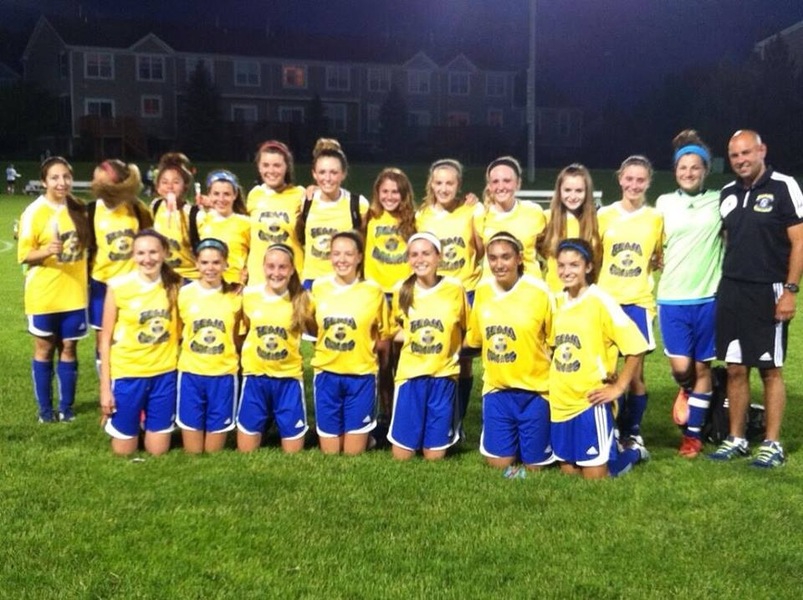 Tuesday was a big MRL double-header night at Gentile Field for Team Chicago Academy-Cruzeiro and Brasilia with both teams having the potential to secure a first-place finish with a win against Campton United in each team’s last MRL game of the season.

In the opening game Cruzeiro needed a win to finish first in the MRL First Division West group, and the opening stanza proved very positive as Sofia Papoutsis gave Cruzeiro the lead halfway through after a Kerry Abello corner-kick. Unfortunately, the 1-0 halftime lead was erased less than 2 minutes into the second half, and Campton then found the eventual game-winner 8 minutes later. Cruzeiro pressured for an equalizer late in the game but it was not to be.

With the loss Cruzeiro finished 4-1-1 and 2nd in the Division behind Campton. This combined with the State Cup semi-final spot should be enough to earn them a spot in the 16-team MRL U14 Premier Division qualification tournament in the Fall.

For Brasilia a tie against Campton would secure them 2nd place in the First Division West group and a spot in next Fall’s U15 Premier Division II. A win would give them the opportunity to win the group and promotion to Premier Divsion I next Spring if Kansas Rush Wolves do not beat St. Croix from Minnesota tomorrow night.

In a tightly contested match where both teams had shots that hit the crossbar, and both teams were playing for at least a Premier Division II spot, Brasilia had more of the play and chances. And as the game wore on the fact that Brasilia could settle for a tie gave them even more of an edge in the play. With 2 minutes left Jasmine Ruiz was taken down in the box and captain Emmerson Fuller stepped up to expertly finish the PK and secure her team the big win.

The entire defensive line had a very solid performance, but no one more so than GK Madison Lockard who got the shutout in her return from a month-long injury. In fact, she only got off her crutches a few days ago.

The big win also marked the end of John Rizzo’s successful 2-year reign as Brasilia Head Coach. He will be taking over as the Team Chicago Academy-Brasil Girls Head Coach for the 2013-14 season.

Brasilia will now wait for the result of tomorrow’s game to be played in Altoona, Iowa hoping that St. Croix will relish the chance to play spoiler and come away with at least a tie against Kansas Rush Wolves.