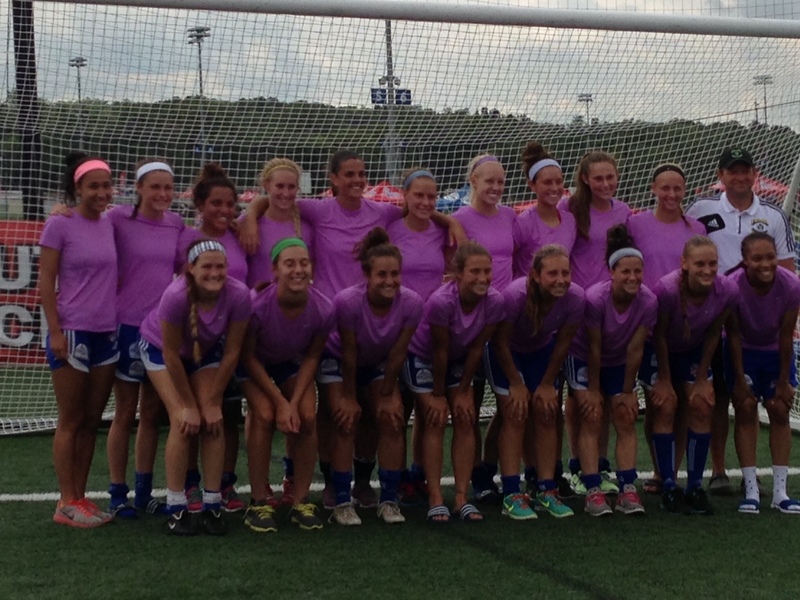 Team Chicago Academy-Botafogo defeated Region III champion Oklahoma FC 3-0 today to advance to the US Youth Soccer National Championship game on Sunday. The defending champion VSA Heat from Virginia will be the opponent in the 8:50am final.

Botafogo defeated VSA Heat 3-1 to claim the US Youth Soccer National League title at Disney last January, so it will be a fitting final between the two best U18 teams in the country over the past year.

In today’s game Botafogo came out very focused and got the eventual game-winner in the 3rd minute. Zoe Swift found Ashley Handwork on the right flank, and Ashley served in a perfect cross for Bryce Banuelos to run onto and knock home.

6 minutes into the 2nd half Ashley Handwork made a great penetrating run and was brought down in the box for an obvious PK. Up stepped Meegan Johnston to expertly drive home the PK to put the game out of reach and send Botafogo to the National Championship Game for the first time in Team Chicago history.