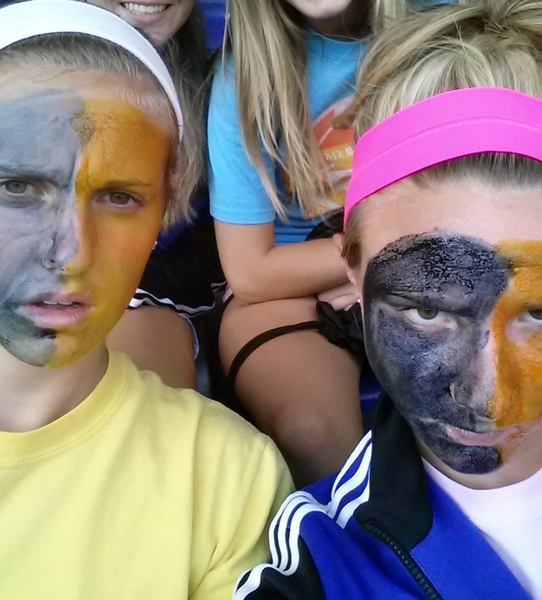 Versace Versace 9 am meet up in the big hotel lobby. On this day’s agenda: Hamlet’s castle and an amusement park. Quite the load. Phil made it a little easier for us to follow (aka try to keep up with his walk, which is the same pace as my sprint) by wearing a bright orange hat. Tak Phil.

Finally, we made it to a tourist’s heaven: Hamlet’s castle – Kronborg. After some explaining that Hamlet was not an actual person, but a Shakespearian character based on an actual Danish prince, we were off! The castle we got to explore also offered inspiration for his book. The dungeon was quite an adventure to investigate, it was dark and cold, and if we learned anything from scary movies it’s that place was probably full of ghosts.

Phil said last year Botafogo got to the roof and recited some lines of Hamlet, how beautiful. But since we are nowhere near as classy as them, we were not allowed to go to the roof due to renovation.. Nuts.

After all the exploring we were famished! Only two meals a day was not cutting it for us hungry soccer girls. So Phil spared some mercy and let us eat, we tried some Danish flutes (sandwiches). Thank goodness because while eating we saw some fiionneee Swedish boys. Mmm. The refueling process finished and the swooning subsided, so we went off to catch yet another train.

Well worth the ride because our next stop was where Satan was spawned: Phil’s childhood neighborhood. Wonderful place. We saw his school, old house, and Grandmother’s house, we also got to see a rare site, a rather sensitive and reflective side of Phil. Quite refreshing.

To start heading to our final destination, the amusement park Tivoli, we traveled by bus and train. The group split up, some rode roller-coasters, some enjoyed the food, and the parents kicked back at a restaurant. At 9, half the group headed back and half stayed back to squeeze in some more rides. Those who stayed had quite the adventure getting back without Phil’s superior guidance and got off at the wrong stop but don’t fret, Phil swooped there to pick them up. Such a good guy. And that wrapped up the night.

Sunday was a new day full of promise. We got to do what we wanted to do all trip: shop for hours! Many girls got their ears pierced because why not?! It’s Denmark! Others just hit up some souvenir shops, churches, and some museums including one displaying the crown jewels.

With our legs aching we found our way back to the hotel with more buses and trains and we’re greeted with the news that we’re were getting Pizza for dinner. Best news of the day. These Danish have their pizza game on point.

After that heavenly meal we had to gear up for the profession football game at Brøndby Stadium. Mary and Tracey decided to be raw and paint their face to support the team! They ended up losing but it was definitely an interesting game! After some down time, the sun set and Sunday’s adventures came to an end.