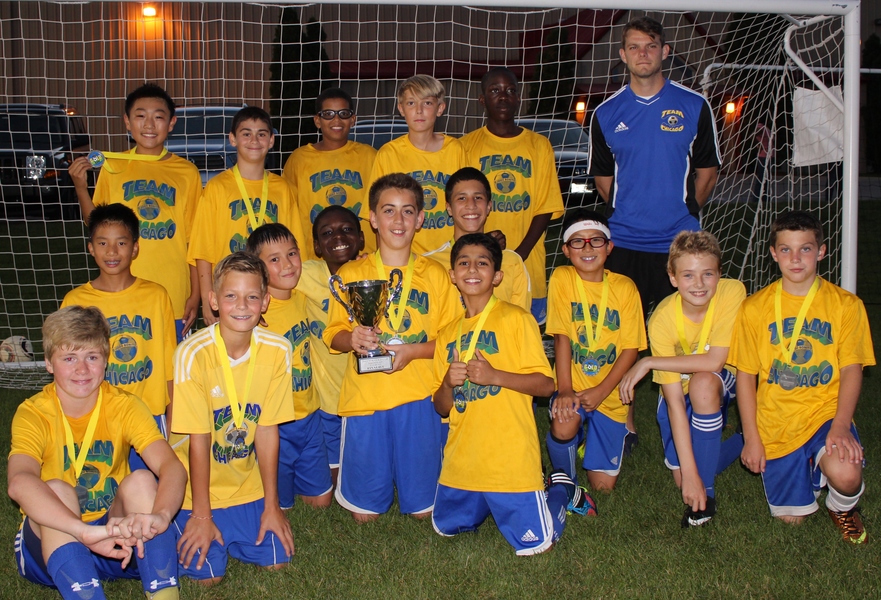 Team Chicago Academy-Olimpico U13 Boys team finished as the runners-up at the NSR Gold Cup over Labor Day weekend. The thunder storms did not stop the boys.

On Sunday Olimpico shut out Libertyville FC 1974 U12 with a 4-0 victory with goals contributed by Gedi, Alex, Bryan Torres, and Liam.

The second game ended in a 1-1 draw against MRL foe Appleton SC Vipers from Wisconsin. Liam Duffy scored on a free-kick. In the final game Olimpico faced Ajax Gold from Missouri, and again the boys tied. The score was 2-2 with goals scored by Gedi and Bryan Torres.

Congrats to the boys!