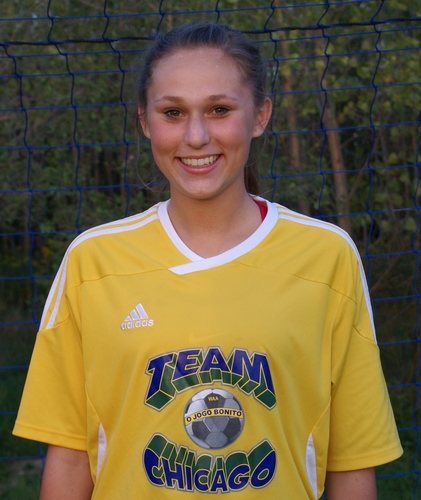 AJ has been a starter on Santos for the past three seasons playing up a year, and this summer she played two years up as she helped Team Chicago Academy-Botafogo win the 2013 National and Regional Championships. At UIC she will join Kendall Wilde, her Botafogo teammate from this summer’s big victories.