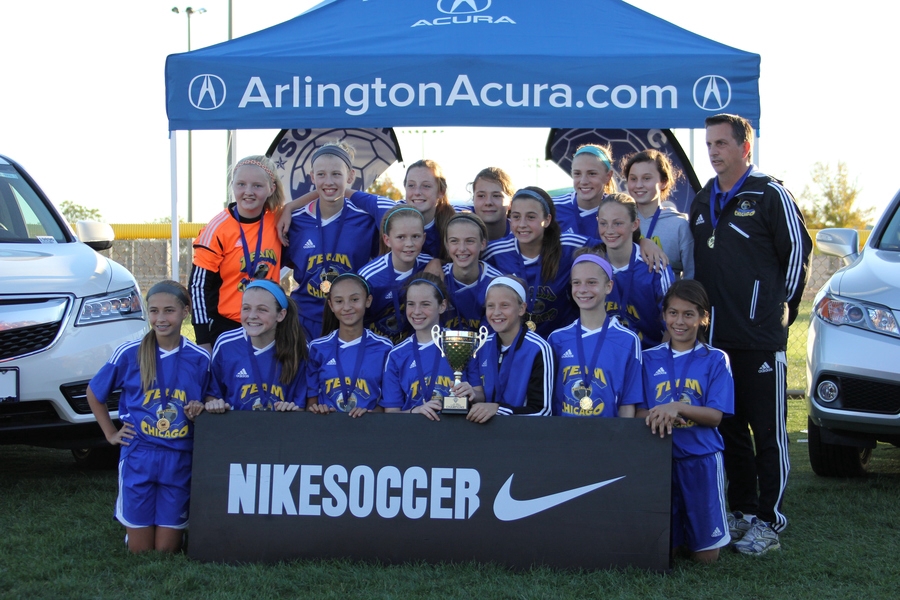 Team Chicago Academy-Bahia competed in the Nike Cup this past weekend hosted by Sockers FC in Schaumburg, IL. In group play Bahia finished with three wins outscoring their opponents by a margin of 10-0.

The playing conditions were something new for the team and took some getting used to playing on a turf field that was 58 × 105 yards. The difference between the first game and the final was much improved with each game bringing some moments of great soccer. The group play ended with a well balanced attack seeing 9 different players in the scoring column.

After winning the group play Bahia advanced to the final to play SC Waukesha from Wisconsin who are also in the MRL Premier Qualification division with Bahia. The championship game ended with a 3-0 win for Bahia. Going into half time the score was 0-0 with Bahia having more of the possession overall and each team having a couple of opportunities.

The second half continued in the same direction, but Bahia was able to get on scoreboard with one of the best goals of the season. Katie Murphy received a ball from Molly Grant who was on the right side of the box and played the ball to Katie who was about 30 yards from goal. The ball bounced up and Katie hit a full volley that was perfectly executed with great technique and buried the shot past the keeper just below the bar. This set the tone for the balance of the game and Bahia generated two more goals off of corners. Paige Miller sent in two quality corners that were met by Zaira Solis and Molly Grant, respectively to add to the scoring.

Congratulations to the entire team for not allowing a goal throughout the tournament.