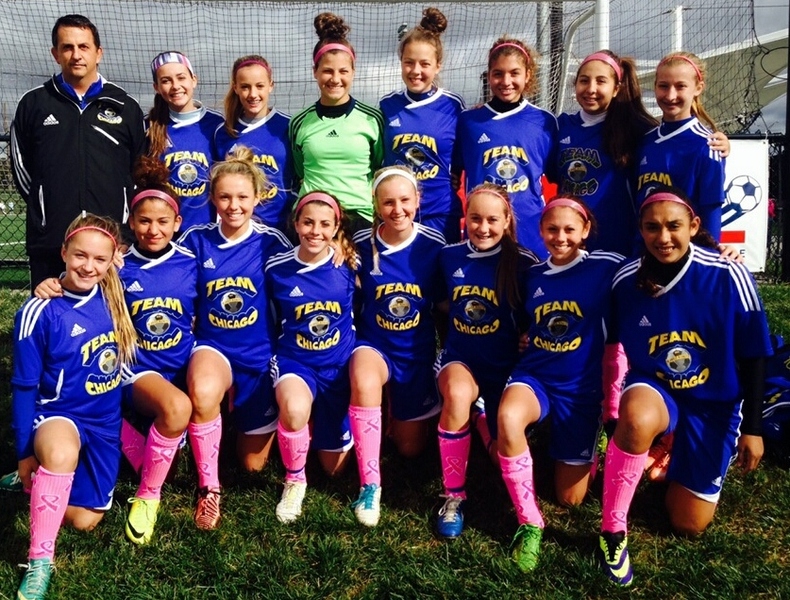 Team Chicago Academy-Internacional emerged victorious in its U17 Premier Elite Gray division with a 2-1-0 record. On Friday Internacional defeated Richmond Kickers (VA) 2-1 on goals by Sophia Moreau and Quincy Kellett. Saturday Internacional dropped its game against North Carolina Fusion 2-1 with Kiley Czerwinski netting the lone goal. On Sunday Internacional needed a win against Ohio Elite to clinch the division title, and in the best performance of the weekend they came away with a 3-1 win. Alena Sidwell opened the scoring, but Ohio Elite tied it up before Tati Espinoza and Sam O’Brien put the game away for Internacional.

Team Chicago Academy-Brasilia participated in its first elite college showcase and showed extremely well claiming the 2nd spot in the U15 Girls Premier White division. Brasilia opened with a 1-1 tie against Team Boca (FL) and then dropped the next game 2-0 to the North Carolina State Cup finalist Triangle United. Brasilia came back with its strongest performance of the weekend in an impressive 3-1 win agaist Match Fit Academy (NJ).

This upcoming weekend U18 Team Chicago Academy-Nautico will travel to Memphis, TN to participate in another major college showcase event the Adidas Germantown Invitational Tournament.