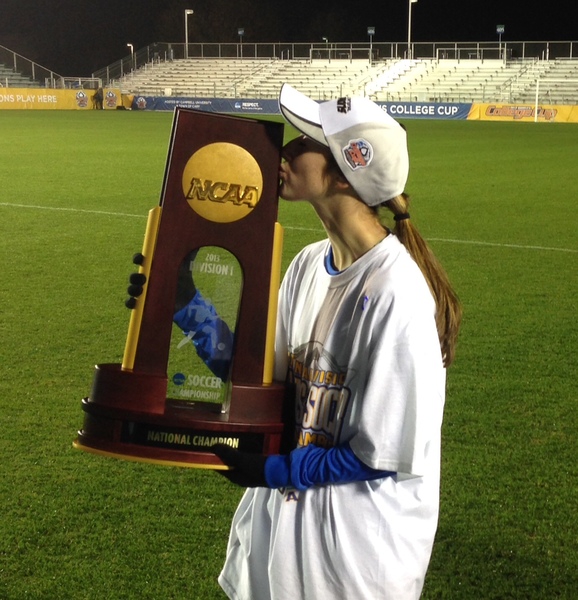 Team Chicago Academy-Botafogo and U.S. U-20 National Team Star Zoey Goralski claimed the NCAA Division I Championship with UCLA this past Sunday defeating Florida State 1-0 in overtime. This was Zoey’s second National Championship in less than 5 months as she was also a USYS U18 National Champion with Botafogo.

Two of Zoey’s UCLA teammates have strong ties to Team Chicago coaches. Megan Oyster, who got the championship-winning assist, starred for Joe Moreau at Neuqua Valley H.S. for four years, and played on the U.S. National ODP Team for Phil Nielsen at the 2011 World Cup in Germany.

And U-20 World Cup Champion Sarah Killion played for Matt Chura for several years when he was the Director of Coaching for Ft. Wayne Fever in Indiana.