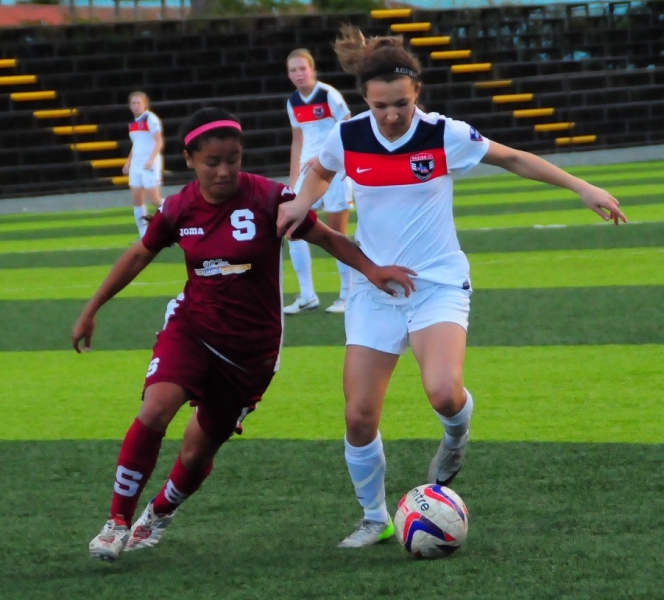 Team Chicago Academy-Cruzeiro winger Kerry Abello represented Region II ODP in an international tournament in Costa Rica February 15-20th. The Region II team was comprised of the top 2-5 players in the Region from each of the 1996, 1997, 1998, and 1999 teams. Kerry was the youngest member of the team and the only U14 player.

While in Costa Rica the team beat the Costa Rica U17 National Team 2-0. The Costa Rica team is currently preparing for the U17 Women’s World Cup, which it will host March 15-April 5th, The Region II team also beat the two top women’s teams in Costa Rica – Saprissa 4-0 and Arenal 5-0 to win the tournament.

In addition to playing soccer the players did some volunteer work with local children and took in the beautiful sights of Costa Rica. Below are YouTube links to four short videos with highlights of the trip.