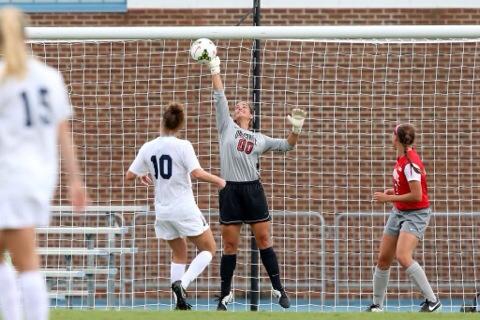 Geldernick, from Aurora, Ill., tallied eight saves in a 1-0 shutout of No. 18 Duke Friday night before making another eight stops in a 1-0 defeat at No. 4 North Carolina Sunday. The 16 total stops were the second-most in the Big Ten through the first weekend of play and the eight saves made in each game marked the most for a Buckeye since Katie Baumgardner made eight saves in an NCAA third round match at Duke Nov. 20, 2011.