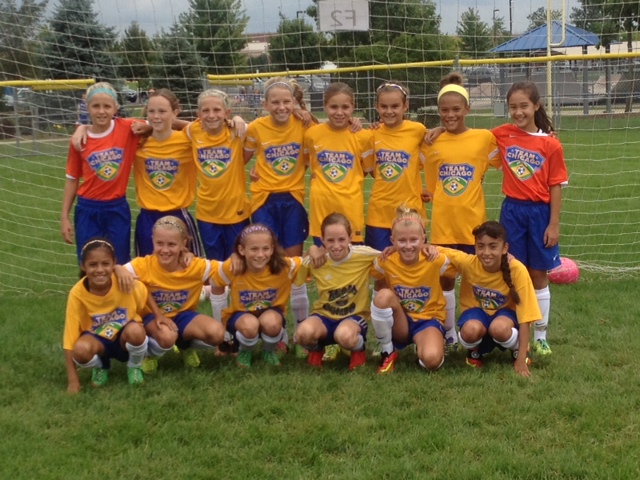 The U11 Team Chicago-Cyclones had a fantastic weekend in the NSR Gold Cup this past weekend finishing as runners-up.

The girls started off slowly with a disappointing loss to CSA 3-1 in their opening match. However, the Cyclones turned it around for their next 2 matches ripping thru Jogo Bonito 3-0, then destroying NSA 7-0. Both Lauren Sweda and Rachel Parrish were outstanding in goal for both matches along with an unbelievable defensive effort by Ryann Parrish, Brooke Miller, and Brooke “Cookie” Nelson.

Offensively, the Cyclones were unstoppable with combinations and 1v1’s followed by some great finishing. Sarah Epstein, Nikki Handwork, Emma Webb, Lily Espinoza, Emi Magno, and Krystal Diaz were sensational in the attacking 3rd. Megan McCarthy, Brenna Young, and Mikayla Lambert controlled the midfield and slotted some beautiful passes through the opponents’ back line.

On Championship day, Team Chicago and CSA would meet again in the final. It was a hard fought game by both teams. The Cyclones were able to hold CSA to one shot on goal during regulation time while the Cyclones created several opportunities, but no one could find the back of the net. Despite Team Chicago getting the better of the play the game headed into OT. The teams were exhausted mentally and physically, but the Cyclones gave up two early goals in OT resulting in a final score of CSA-TC 2-0.

Congrats on a great weekend!