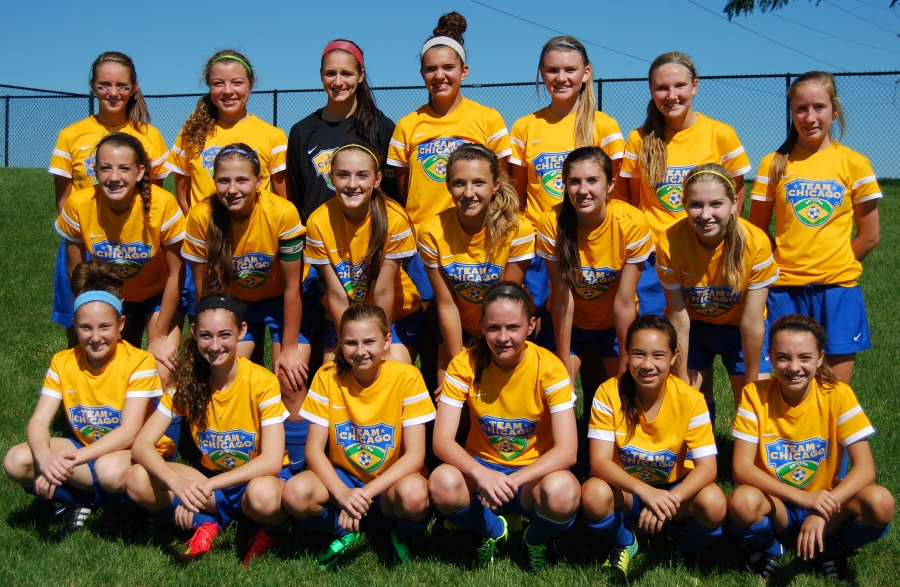 Team Chicago Academy-Cruzeiro continued its strong start to the season by winning its round-robin qualifying group for the IYSA State Cup with an impressive 14-0 goal difference, and then by securing two wins in the MRL Premier I Division to keep a perfect record.

On Wednesday Cruzeiro defeated Crystal Lake 2-0 to secure a berth into the IYSA State Cup semi-final. Jamie Goralski opened the scoring from a Jordan King corner-kick and Alyssa Bombacino got the insurance goal from Chloe Nowka. Cruzeiro will face Libertyville 1974 in the semi-final on Saturday 10/18 at 8am at the South Barrington Turf Fields for a spot in the Sunday 10/19 final.

Over the weekend Cruzeiro traveled to Overland Park, KS for two MRL Premier I Division games. In Saturday’s game Cruzeiro defeated Lou Fusz (MO) 4-1. Alyssa Bombacino tied the game at 1-1 with 10 minutes left in the 1st half on a great move and strike after receiving the ball in the box from Madison Zaleski and Sarah Avery. In a 10-minute span in the middle of the 2nd half Cruzeiro ran away with it. Alyssa Bombacino got her second of the game from Kerry Abello for the eventual game-winner, and Kerry Abello then made it 3-1. Alyssa Bombacino found Jamie Goralski who turned her defender and played an inch-perfect diagonal through-ball into the full stride of Kerry Abello who slammed it home at the foot of the far post. Jamie Goralski got the final goal with a nice strike from distance assisted by Alyssa Bombacino.

Sunday’s game was a lot more intense against the league-leading Futura Pink Panthers, but Cruzeiro once again prevailed with a slim 1-0 victory. Halfway through the 2nd half Kennedy Metzger played a great diagonal through-ball into Francesca Marconi’s path, and Francesca delivered a great cross at the top of the 6-yard box. Jamie Goralski ran the defender and GK to the near post, so Kerry Abello could pick up the ball at the back post, beat her defender and delivered a strong cross which Alyssa Bombacino calmly finished off. The goal capped a great week for Alyssa, who had 4 goals and 1 assist on Sunday, followed by the 1 goal on Wednesday, and then 2 goals and 2 assists Saturday, and finally the game-winning goal again on Sunday for an 8-goal & 3-assist week. Bailee Witt and her defense also continued their stingy play thus far this season. They have now conceded 2 goals in 11 games.

Next up for Cruzeiro is a crucial MRL match-up with Grand Rapids Crew on Sunday morning in South Bend, IN.