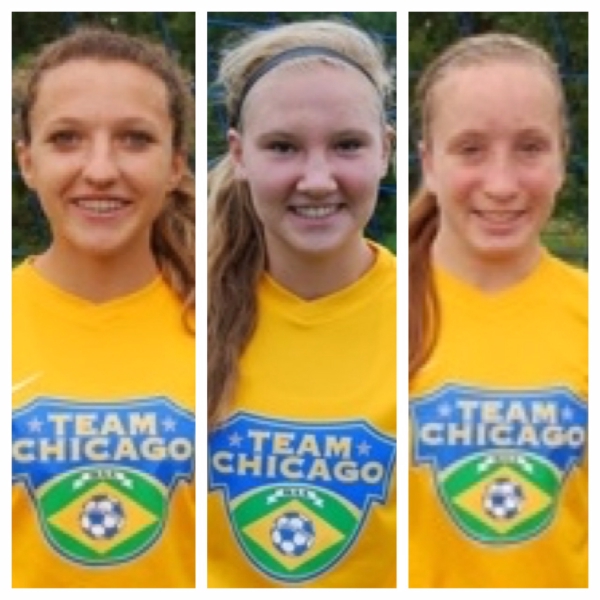 Team Chicago Academy-Cruzeiro defeated Chicago-Inter 4-1 in its final MRL Premier I Division game last Saturday at Commissioners Park. With the win Cruzeiro finished as runners-up with a 6-1-2 record and two points behind Grand Rapids Crew. With the Crew being the Michigan State Cup champions Cruzeiro also secured a berth into the U15 Region II USYSA Regional Championships in Appleton, WI June 19-24th, 2015. Congrats to the girls on another impressive showing and representing Team Chicago Academy at Regionals for the second year in a row.

Cruzeiro opened the game against Chicago-Inter with all the possession and a few quality chances that unfortunately went begging. And as so often happens in soccer when you don’t take your chances, the opponents scored against the run of play. Chicago-Inter went up 1-0 on a free-kick from 20 yards.

Cruzeiro opened the 2nd half with great intensity and less than five minutes in Kerry Abello tied the game after cutting in from the right flank and burying her shot from the top of the 18. A mere two minutes later Riley O’Brien got the eventual game-winner. Alyssa Bombacino hit a low strike, which the GK parried into the path of Riley who calmly slotted it home.

10 minutes later Alyssa Bombacino put the game out of reach on a great goal. Emma Rydholm won the ball at the halfway line and played it to Jordan King who immediately played an inch-perfect ball into Alyssa’s run. Alyssa turned the defender in one touch, and tucked the ball away at the far post. With four minutes left, Kerry Abello got her second of the game after she exchanged quick passes with Claire Hensley off a free-kick deep in the corner. Kerry beat a defender and drove across the top of the 18 before depositing another perfect shot.