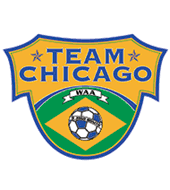 Team Chicago Soccer Club will hold a final week of supplemental tryouts next week, May 29th to 31st for any players who were unable to attend our original dates and are still looking for a quality environment to learn, be challenged and grow their soccer education in the 2018/19 year.

The Team Chicago 2018/19 soccer year starts in early August with team practices and skills camps filling our pre-season preparation rounded off with our very own Labor Day shootout tournament before Fall league play begins in September.
The Winter training period from November through March focuses on individual player development with practices held at our newly refurbished indoor training facility on the Turf field and Futsal court.
Spring season completes the soccer year with practices and games from April to mid June with some of our teams continuing to participate in summer events into early July.

Team Chicago not only boasts an exceptional training facility but also have multiple higher licensed level coaches, including 3 USSF A Licenses, 3 USSF B Licenses and 3 USSF C Licenses on our Staff.

Supplemental Tryouts will take place on the following days:

All Supplemental Tryouts will take place on the grass fields at our facility located at:
2323 Liberty St, Aurora 60502

If you have any questions please contact Technical Director, Dave Lovercheck at dave@teamchicagosoccer.org