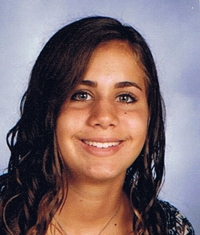 Team Chicago Academy-Nautico had a great showing this past weekend at the Germantown Showcase in Memphis, Tennessee. Playing on saturated fields in front of dozens of coaches, the girls won their group with a final record of 2-0-1. They stubbornly refused to submit to the conditions and patiently kept to their style of passing while showing off their skill, depth, versatility, as well as the flare Team Chicago is known for.

The first game was against Warren County United where the girls flew out of the gates scoring all 3 goals in the first 20 minutes. The first two were in the run of play with nice finishes from Tracey McCoy and Kristen Eichamer, and the 3rd was off a deep corner from Lindsay Van Blaricom.

The second game was the best and most challenging of the 3. Playing Tennessee’s #6 ranked ’96 Lady Lobos Rush Nike under the lights and in front of a healthy group of college coaches, Nautico persisted through injuries, a physical opponent, and a messy field to a 2-2 draw with goals from forward Sabrina Georgeff and a second tournament goal from Tracey McCoy.

In the third and final game Nautico faced off against the United ’96 FC International where the midfield controlled the majority of the game. This led to goals from Kristen Eichamer and Sabrina Georgeff and a 2-1 victory which put them on top of the group.

The defense was strong with Katelyn Laraia in goal and Emily Curtis, Rachel Pavlinec, Lexi Boyer, Lindsay Van Blaricom, and Kristen Schneider sharing the 4 defensive duties. The passing brain is spread throughout the midfield which was played by Stephanie Kulczycki, Rachel Schneider, Kelly Shugh, Kristen Eichamer, Maddie Perna, and Nicole Gapen. And up top, the finishing was done in large part by the forwards Sabrina Georgeff and Tracey McCoy.