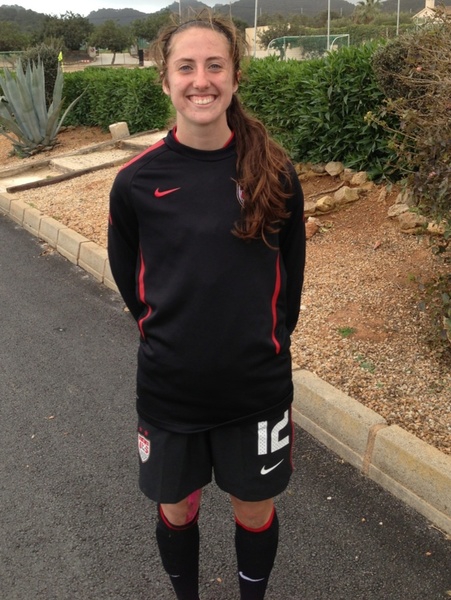 Team Chicago Academy-Botafogo standout Zoey Goralski made a fantastic debut for the U.S. U20 Women’s National Team today going the full 90 minutes in the 1-1 draw against Norway at La Manga, Spain. Playing somewhat out of position at left back, Zoey was solid defensively, extremely clean in possession, and a threat getting forward – even setting up a perfect 100% chance for a teammate in the opening minute of the second half.

The U.S. took a very deserved lead after 55 minutes, and had plenty of chances to put the game away, but a defensive give-away on the right flank allowed Norway to tie the game on the very last play of the game. While the result was a bit disappointing given the U.S. dominance, it could not take away from Zoey’s great performance. Especially since she was one of the youngest, and one of only a few non-college players, on the field.

Up next is European powerhouse Germany on Saturday.

Congrats Zoey- We are all so proud of you! Good Luck-The Marconi’s