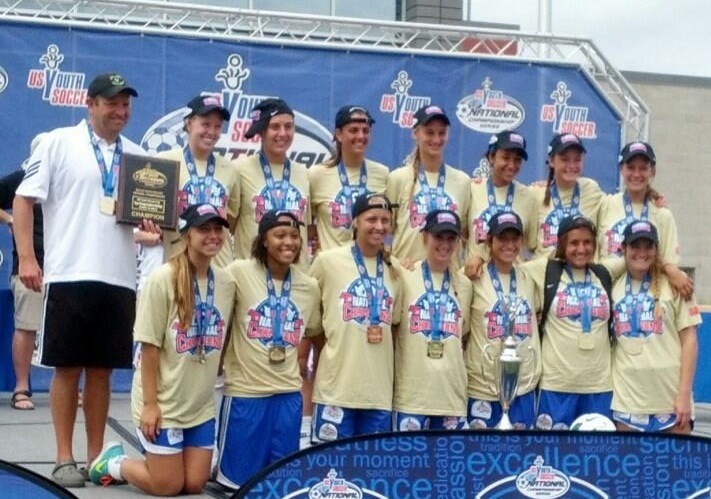 Botafogo dominated most of the attacking play for the entire game while on the defensive end GK Megan Geldernick, Hope D’Addario, Rachele Armand, Jenna Romano, and Dana Miller held the VSA forwards in an iron grip. Botafogo had most of the chances, but instead saw VSA grab the lead on its only real chance of the game early in the 2nd half off a corner kick.

Forced to dig deeper the girls found another gear and attacked relentless until Meegan Johnston’s floating ball into the VSA box was met by a Zoe Swift vertical leap and header for the equalizer. After the tying goal Botafogo kept pressing for the game-winner, but it wasn’t to be in regulation.

Onto two 15-minute overtime periods the tired players went, and with 10 minutes left in the game Meegan Johnston played a great 40-yard diagonal through-ball for Ashley Handwork to run onto. Ashley steadied herself, and drove along the end-line before slotting a perfect ball across the 6-yard box for Zoe Swift to get the game-winner.

10 minutes of determined defending ensued before the ecstatic and exhausted players could celebrate the National title.

Bryce Banuelos, Gianna Dal Pozzo, and Jenna Romano were selected to the All-Tournament Top-11, and Zoe Swift grabbed a share of the top-scorer title with her 3 goals.

The entire Team Chicago family congratulates the Botafogo players on their amazing accomplishments.