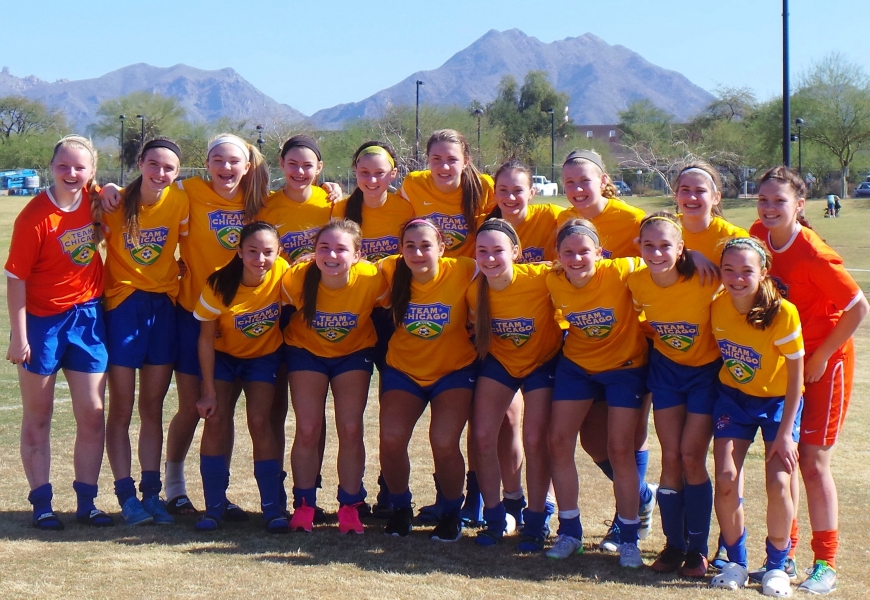 Team Chicago Academy-Bahia qualified for the IYSA U14 Girls State Cup Semi-Final with a 1-1 draw against Arlington Aces. Bahia will face Eclipse Elite Black this Saturday 5/30 at 2pm at the Naperville Polo Fields.

Only needing a tie to advance after two comprehensive 4-1 and 4-0 victories over Libertyville FC 1974 and Honor SC, Bahia did just enough to get the job done on Saturday. After conceding an early goal Emma Crosswait got the all-import tying goal with a great shot from 25 yards out mid-way through the 1st half.